Long drive to mysore, ooty, and Coimbatore for 6 days 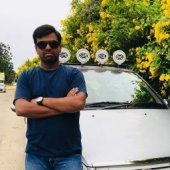